The following is an unedited excerpt from a book I plan on self publishing.

He felt he was going downhill, further and further until the passageway barely gave off any outer light, but he would not lead a lantern to light the rest of the way as he saw a large hole straight ahead. Glowing with golden light, presumably lit by fire. The sound of the wind became less prominent as he went through the oddly placed gap.

The room is warm, below his feet is a ground of soft sand. Tyler slowly drew his sword, feeling the presence of something bigger than him in the room. He took a few more steps into the place. Seeing a lot of oddly placed items such as a large golden table, a few golden chalices. Keeping his footsteps as quiet as possible, he approached a few of these items. Dragons were known for hording treasure. It seemed he had found his. It all seemed surreal, his father had killed so many dragons and this one might be Tyler’s first. Perhaps he was more oblivious then his dad, for he had no idea the creature eyed him from a deep, dark corner of the room.

The dragon eyed Tyler’s back from where he stood. At nine feet tall, it wasn’t easy to hide, but in his own home he knew where all the secret passageways were. The fire barely illuminated his glowing yellow eyes. He kept his long tail and broad wings as silent as possible. Roasting him would be easy if that’s what needed to be done, truth be told though he was quite lonely. Thanks to dragon fighters around the kingdom, they were quickly revered, so he kept his distance from Nafton unlike the dragons that came before him.

Going on all fours, he decided to see what this knight was up to. Yes, to slay him was the obvious, but why not talk to someone? A rare opportunity had presented itself.  Tyler let out a large gasp as he felt a very large, clawed hand reach around his throat. Feeling his heart sink to the pit of his stomach, he knew this was the end. He had failed in his task already. A deep, booming voice came from behind him, not a yell, far from it. More stern.

“Drop your sword.” His soul filling with fear but also agitation as he did want to slay him. He had no way of attacking his opponent now. He was tricked and now had nothing else to do but listen. A bit of sweat wet down his forehead as he let go of the one thing that may keep him from life or death.

“It is surreal to be here with such a creature of legend.”

The red scaled, tall monster gently sniffed Tyler, getting a sense of who he is. Hearing his heart rate, which was erratic. Fearlessly, he let go of Tyler’s throat and backed away.

“A legend? I thought you people thought of my kind as things that need to be destroyed.”

Tyler knew he could take this opportunity to maybe better his opponent. Picking his sword up and charged at the beast, perhaps the dragon was slightly outsmarted as the knight seemed to skittish at first, the sword didn’t hit the dragon’s chest, it wouldn’t have time. Standing on his two hind legs, he shoved the knight to the ground, lying on top of him. Pinning him and gripping his wrist which held the sword like a vice. Tyler grunted as he took his other hand, reached into his boot and pulled out a secret dagger. He slammed the metal end into the creature’s chest. It snapped upon impact into his hard shell of a chest. His father had not lied in his journals. Dragon’s had that outer shell for protection.

His underbelly a golden color, went well as upper body was a nice red color which shined due to the scales. He kept himself quite clean even though he hadn’t seen another individual for a few years.

“You are persistent. However, I sense you’re an amateur.” Trying to keep a stern, heroic face Tyler retorted. “Do not judge me, beast.” The dragon growled low and nearly went nose-to-nose with him.

“You wouldn’t call a human just ‘human’. Orpheus is what you’ll call me. I might as well die with one person knowing who I am.” Orpheus couldn’t have had that much of a death wish. Maybe he was egging Tyler on? Maybe he wanted to kill a knight? Is that what most dragons did? Was he following what so many of his kind had done?

He got up from on top of the knight, standing on back legs. Towering over him and eyeing his body. He looked quite unique. How human he looked, but all his features reptilian and dragon-like. Their eyes met, standing up Tyler thought he would have an opportunity to fight this beast. Something stopped him. The dragon stepped closer, maybe giving Tyler a shot? “Will you strike me like others have for so long?” Getting to his feet, the young knight picked his sword up. He could attack him, but his heart told him not to. He was here, all the preparation, the reading, the practicing. All led to this. Nothing but words exchanged. Tyler put his sword in its sheath.

“Orpheus, I maybe a knight who is an adequate fighter. Maybe I’m noble, though I doubt it. Unless you strike first, I won’t kill you or attempt to kill you.” The beast cocked his head, his eyes narrow slowly as he crossed his arms. His broad shoulders relaxed.

Truth be told, it wasn’t how intimidating he was. Tyler knew Orpheus wouldn’t be small. Something else was there, something Tyler didn’t think he’d see. A soul. Behind his yellow glowing eyes and buff exterior, a voice full of emotion. If he could emote, that meant he could feel. Could he kill someone who was so intelligent and didn’t want to hurt him back? Sighing, Tyler sat on a near by rock, Orpheus sat a few feet across from him, crossing his legs.

“I’ll give you this. You’re different from every other knight who has come through here.”

Tyler took a sip from his water jug, his deep, authoritative voice bounces in his brain. Something about the dragon is so appealing and so mysterious. Beautiful even.

Never taking his eye off Orpheus, he looked straight into the beasts’ eyes. “I’m not risking my life to show a bunch of townspeople that I can slay an individual who didn’t strike first. That would make me a coward. If I am a true knight, I’m sworn to valor and virtue and upholding the weak. That is what my heart says as well.” Orpheus looked to the ground. “So, this is goodbye?” Tyler stood up, collecting his sword and checking his mild wounds from the short scuffle. “I assumed you wouldn’t want to see me traversing here again.” Standing up, Orpheus’ tone went low.  “I was hoping you would. Come back.” Tyler’s face turned red for an instant. “I can. Yes.”

The dragon smiled slightly. “You live within Forlorn, correct?” Tyler nods. “If so, you should get going before nightfall.” 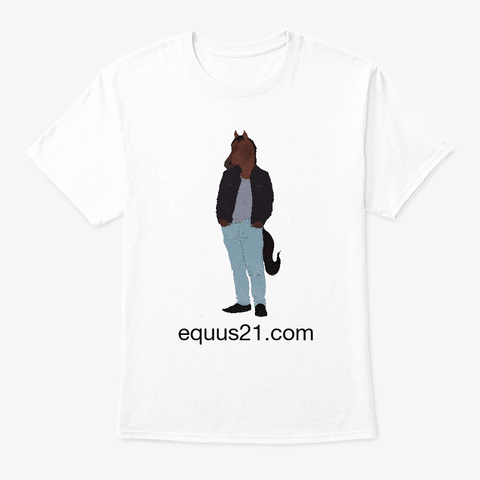