Had a great time at Rock and Shock! Cosplayed as The Creature from The Black Lagoon Friday night. People wanted lots of pictures with me which was great!

Saturday, I went with my cousin Nick and met a lot of cool indie filmmakers, such as Morbid Vision Films and It Came From The 508 Productions I also got to talk to some authors, such as Adam Cesare, who has a lot of horror novels under his belt. 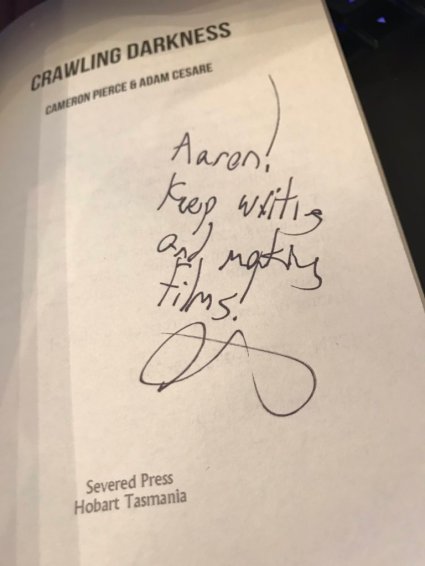 Lastly, I met Linda Blair, star of the horror classic “The Exorcist”! She was so kind and talkitive.

View all of Aaron B.'s posts.